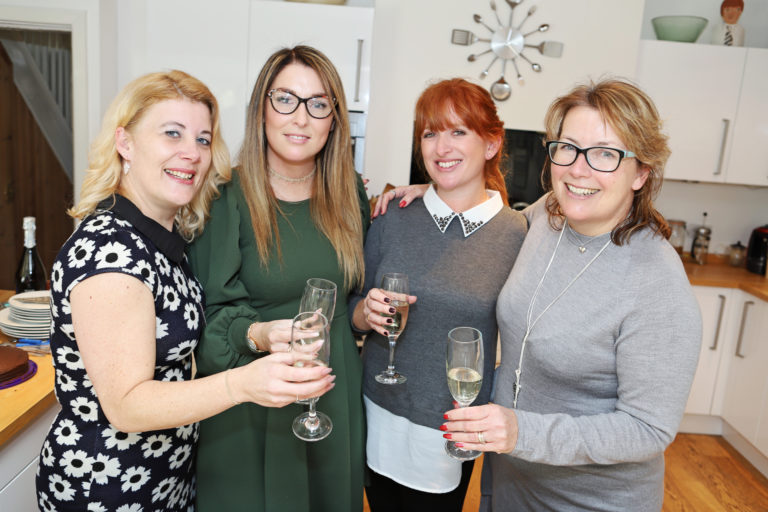 What do Deb Broomfield, Charlotte Waldron and Hazel Burnett have in common?

What do Deb Broomfield, Charlotte Waldron and Hazel Burnett have in common? Well, they are all new business franchisees, yet their reasons for jumping on board the good ship Domestic Angels are very different.

While Deb arrived with previous franchise ownership experience, both Charlotte and Hazel were already sailing full steam ahead as Domestic Angels team leaders before becoming fully-fledged franchisees earlier this year.

‘I grew up doing office work and worked my way up to a PA role in London,’ says Deb, who runs the Christchurch franchise and lives in Bournemouth with her husband, three children and dog. ‘I saw a driving instructor job advertised so I trained and ended up doing that for 13 years as a franchisee.

‘But I fancied a change so I started thinking about different things. I loved the idea of helping the elderly in particular and then saw the Domestic Angels franchise advertised so I thought I could use the brand to my advantage and mould it to how I wanted to do it.’

For Bournemouth Central Parks franchisee Hazel, already used to the hustle and bustle of life at Domestic Angels and also seeing the benefits of a work-from-home management franchise through Deb’s burgeoning success, her reasons for taking the plunge were coated by a personal quest to better herself for her family.

‘The big thing for me in taking on the franchise was my children,’ says Hazel. ‘I am also a Brownie guider so I need spare time for that as well as my kids, who are 10, 12, 17 and 18 and who all have a different range of needs.

‘Last week I was able to go on a whole day school trip with my youngest son, which was amazing. The flexibility of the franchise enabled me to do that for the first time in my life and that was a big thing for me and him.’

Charlotte, meanwhile, had also watched Deb flourish since taking on the Christchurch franchise in February 2017 and having previously worked as a hairdresser and beauty therapist before becoming a Domestic Angels team leader, she strived for a new challenge.

‘I was running the majority of the Bournemouth office as a team leader so I decided I needed to challenge myself a little more,’ says Charlotte, who lives in Bournemouth with her son. ‘We weren’t tackling the Poole area perhaps as much as we should have been so I thought that would be an area I could challenge myself as a franchisee.

‘Being in head office, the brand was all around me so I knew it was a good move for me. I felt I needed something more challenging and something that was going to test me a bit more.’

With Deb’s experience and the backing of director Sam Acton and her team at head office, Hazel and Charlotte signed off on their franchise territories at the start of this year.

‘I’m three months into it now and business is excellent, says Charlotte with a smile. ‘I’ve had lots of new enquiries and leads and some from outside of my territory which I hope to be able to service as the franchise grows.

‘By month two I was making a profit which is great as the aim of the franchise is to do so by month three so I was ahead of the game there.

‘Every day is different which is exciting and a challenge. I really like to be organised with stability so every day being different has been a step change, but the flexibility is fantastic. When my son is at school I work hard in the mornings then try to get a little bit of time to myself in the afternoons before picking him up. Then while he is doing homework I can catch up on a few other bits and pieces of work until around 6pm. It suits me perfectly.

‘I’m now able to do ‘life’ things around my work and that is what being a franchisee is all about. Being a franchisee gives me that extra level of flexibility compared with when I was a team leader. I also feel in control of myself and can do what I want to fit the business around my life.’

Although, like Charlotte, Hazel was a team leader, there were many aspects of being ‘the boss’ that required the support network provided by Sam and the Angels team.

‘The company’s support and guidance has been invaluable,’ she says. ‘I needed to know about staff holiday allowances and DBS checks because those were things I had never had to do before and the company was great guiding me through those things.

‘The support is on the end of the phone all day, every day. If I need to speak to the accountant about queries on wages or customer accounts, I know a quick phone call will sort it out. There’s also the support network with the other franchisees as well and we always try to support each other.’

Having marked her one-year anniversary in February, Deb’s passion for her role as Christchurch franchisee shows no signs of slowing down.

‘I got busy very quickly after purchasing the franchise so I brought in one Angel early on but then I won a hotel account which was a big one so I employed three Angels just to cover that account. ‘I’ve now got nine Angels and business is going really well. My franchise made a profit from day one and it’s really gathering pace. From my point of view, I learned a lot about recruiting the right staff and I now have nine great Angels.

‘I’ve just celebrated the first year anniversary of the Christchurch franchise. My passion towards helping the elderly has really got hold of me and I’m now volunteering at an elderly lunch club as well which is very rewarding and also leads to new business.’

Charlotte and Hazel echo Deb’s thoughts and ambitions, but what would they say is the perfect make-up of a new Domestic Angels franchisee?

‘I would really recommend the franchise for people who want to work for themselves and gain that flexibility for a good work / life balance,’ insists Charlotte. ‘It obviously suits female business people because of the family commitments that often fall on women’s shoulders, but this gives them an opportunity to work from home and be in control of their lives.’

Hazel, who run her own retail business in Bournemouth superb Southbourne before joining Domestic Angels, agrees. ‘I’m back in control of my life and work and that’s been the biggest thing for me,’ she says. ‘The franchise is open to all, male or female, but I have been a woman in business for a long time in a male dominated environment so it’s great to see more women taking on this franchise. It works for them and works around their lives.

‘Potential franchisees need to have that customer service focus and be approachable. That’s the way to grow this business. You also need to be able to manage your time, so you get the best out of the business but also your personal life.

‘It’s a great opportunity and I couldn’t recommend it enough.’