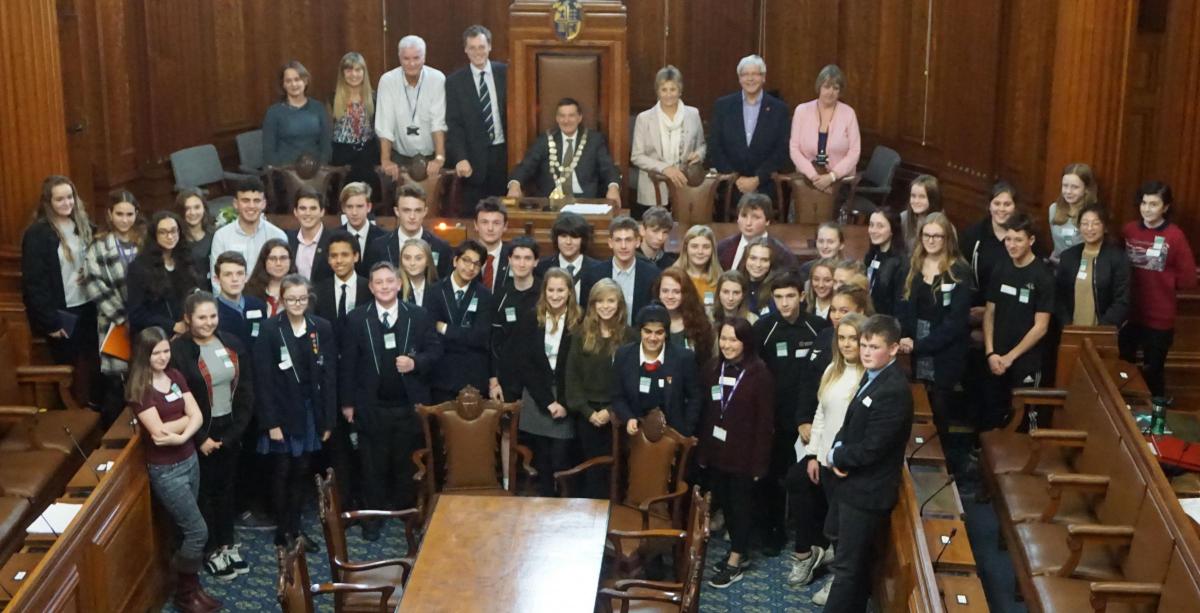 Our commitment to the Parliament Week initiative since 2013 delivers an annual event to the senior schools of Bournemouth, bringing 60+ students into the Town Hall to practice and nurture their debating skills with the support of local, national and European politicians. The students prepare extensively and overcome nerves to participate in debates on current key topics. This year they discussed the validity and role of referendums in the UK and debated the speed at which article 50 should be activated in the matter of Brexit. The student’s performances and clarity of delivery were beyond their years and impressed all the politicians giving everyone renewed hope and energy for the electorate and leaders of tomorrow.

Domestic Angels were approached in 2013 to take the role of Partner to Parliament Week in the Bournemouth area as a direct result of the work we had been doing, and still carry out, to help women into work and empower them in the workplace. As Partners, we chose to focus on engaging pre-voting young people to show them that their voice does count and that they can make it heard. These 2 key messages will bring us the business and political leaders of tomorrow. Empowering the next generation in this way directly reflects the Domestic Angels ethos counteracting apathy and disenfranchisement.